The United Nations (UN) is an international organization which has four purposes: to maintain international peace and security; to develop friendly relations among nations; to cooperate in solving international problems and in promoting respect for human rights; and to be a centre for harmonizing the actions of nations.

On the one hand this organization plays a positive role, but on the other hand there are a lot of drawbacks and this organization plays a negative role.  I think that the world has changed and that is why the nature of security has changed too. There are a lot of threats we face today. For example: poverty; the spread of infectious diseases; environmental degradation; civil wars; horizontal and vertical proliferation and possible use of nuclear, radiological, chemical, and biological weapons; terrorism; and transnationally organized crime. Therefore we should find a new approach to maintain world peace. It is also seen that the U.N. organization, as it exists today, is slow to react to crisis situations. To my mind The UN should be reformed.

For example: There is the fact that the UN has failed to live up to its Charter mandate, that its Security Council is unable to manage successfully conflicts around the world, that its political organs and specialized agencies are overly competitive with each other, that its General Assembly is irresponsible and little more than a talking shop, that many of its programs are mismanaged, that its programming and budgetary planning are poor. So the UN has become an irrelevant institution of global governance. Many researchers think that the UN should be made stronger to stop smaller wars and have its decisions fully carried out. So to act more effectively it needs to be reformed

In spite of the fact that the UN needs a reform and sometimes doesn’t work effectively I think that the UN plays a positive role in today’s world and Id like to explain why.

First of all, ordinary people, who live in every country, need the UN. The United Nations set a common standard on human rights for all nations The United Nations has helped negotiate over 80 human rights treaties and declarations, dealing with the rights of women, children, disabled persons, minorities, indigenous people and other vulnerable groups. Together, these agreements have helped create a “culture of human rights” throughout the world, proving to be a powerful tool in curbing abuses. So individuals can complain about violations of their rights. Furthermore, the UN helps displaced persons and refugees to return to their homes. It clears mines, repairs roads and bridges and provides economic and technical help to rebuild the economy. The UN system defines technical standards in telecommunication, aviation, shipping and postal services. Also UN campaigns for universal immunization against childhood diseases have helped a lot.  World Food Programme, the UN’s front-line food aid organization, ships over 5 million tonnes of food annually, feeding some 113 million people in 80 countries. So people need this organisation, because only it can provide quickly, economic and humanitarian aid.

Also, developing countries need the UN. The UN Conference on Trade and Development (UNCTAD) helps developing countries make the most of their trade opportunities. The World Bank provides developing countries with loans and grants, and has supported more than 10,000 development projects. Africa continues to be a high priority for the United Nations The continent receives 38 per cent of UN system expenditures for development, the largest share among the world’s regions. All UN agencies have special programmes to benefit Africa. The United Nations promotes and strengthens democratic institutions and practices around the world, including by helping people in many countries to participate in free and fair elections. The UN has provided electoral advice and assistance, and in some cases election monitors, to more than 100 countries, often at decisive moments in their history, such as Cambodia, El Salvador, Mozambique, South Africa, Timor Leste, Afghanistan, Iraq, Burundi, the Democratic Republic of the Congo and Nepal.

Moreover, developed countries need the UN. For example, the USA and European countries. On the one hand the USA is a major sponsor. The US pays roughly one quarter of those UN peacekeeping costs -- just over $1 billion this year. However, inevitably a moment of truth is coming. Because, even, as the world’s challenges are growing, the UN’s ability to respond is being weakened without US leadership. I think, it is evident, because UN needs US and US needs UN. It is very beneficially for the USA to use it for its own purposes. They interfere in civil conflicts under the pretext that it is necessary to protect civilians, their human rights from their cruel government. So as these countries are permanent members they have official power.

To conclude, I should say the UN needs reform and furthermore a lot of scientists believe that there is a probability of a collapse, like it was with the League of Nations. I can’t exactly predict what will be with this organization, but many summits have been held and many politicians say that it has already lost its legitimacy. On the other hand, as we can see this organization helps a lot of people. 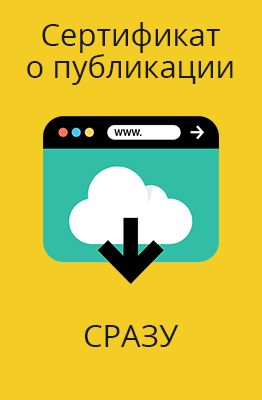